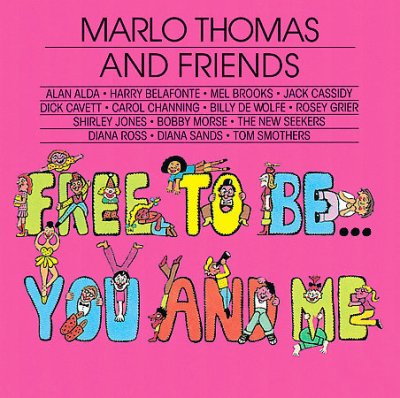 We played a lot of music this week on Ages 3 and Up!  Some of it was quite new, and quite good (The Okee Dokee Brothers, Caspar Babypants, the Flannery Brothers and Brian Vogan and His Good Buddies) and some of it was not at all new- but still quite good!  One of those songs was “Free To Be You And Me,” the title track from the album pictured above.  This song has recently been featured in a television ad for the Target chain.  I don’t know that the spirit of the song was entirely in sync with advertising for a big box chain, but there it was, anyway.  We also heard a song in honor of International Read Comics In Public Day, and some songs in honor of the return of students to the University of Kentucky’s campus.

Our List:
Doc Watson– “Talkin’ Guitar”- Songs For Little Pickers
The Okee Dokee Brothers– “Bluegrass For Breakfast”- Take It Outside
The Hollow Trees– “Buckeye Jim”- The Hollow Trees
The Not-Its!- “Hollow Tree”- Time Out To Rock!
Ratboy Jr.- “The Log”- Smorgasbord
Marlo Thomas and Friends– “Free To Be You And Me”- Free To Be You And Me
Care Bears on Fire– “Everybody Else”- I Stole Your Animal
Caspar Babypants– “Sliver”- This Is Fun!
PlaySoundz– “Comic Strip Clouds”- Electronic Music For Children
They Might Be Giants– “In The Middle, In The Middle, In The Middle”- No!
Brian Vogan and His Good Buddies– “Cross The Street”- Sing A Little Song
Flannery Brothers– “Hi 5 Dance”- The New Explorer’s Club
Justin Roberts– “New Haircut”- Jungle Gym
Billy Kelly w/ Davey Jones– “Me and My Brand New Haircut”- Is This Some Kind of Joke?