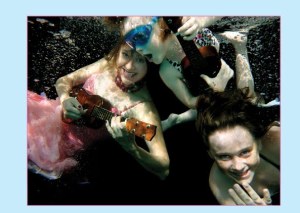 This week on Ages 3 and Up! we started thinking about gardening and yardwork. We played songs in honor of Earth Day, which happens THIS Thursday, April 22nd. We also played songs about National Bring Our Daughters and Sons to Work Day, which also happens THIS Thursday, April 22nd. And we played EVEN MORE fun songs, including a new one from Heidi Swedberg and the Sukey Jump Band. They’ve put out an AWESOME ukelele album for kids- highly recommended. It even comes with ukelele lessons!

Here’s what we played:

Key Wilde & Mr. Clarke– “Rise and Shine”- Rise and Shine
Dean Jones feat. Elizabeth Mitchell– “Grow Little Flower”- Napper’s Delight
Michael Rachap– “Digging the Weeds”- Songeez: Original Music From Readeez
John Upchurch and Mark Greenberg– “The Lawnmower”- John and Mark’s Children’s Record
Me3– “Thinking is Fun”- The Thin King
Ratboy Jr.- “Garbage Man”- Smorgasbord
The Happiest Guys in the World– “You Can Do Anything If You Try, Try, Try”- v/a Greasy Kid Stuff
The Harmonica Pocket– “One Tree Said”- Ladybug One
Patty Zeitlin, Marcia Berman, David Zeitlin– “Lots of Worms”- Spin, Spider, Spin
Kira Willey– “Let’s Go to Work”- Dance For the Sun
The Great Lakes Swimmers– “See You On The Moon!”- v/a See You On the Moon!
Brian Vogan– “Firefighter”- Little Songs
They Might Be Giants– “Seven Days of the Week (I Never Go To Work)”- Here Come the
123’s
Duplex– “Sounds Like Work”- Worser
Secret Agent 23 Skiddoo– “The Bluegrass Hopper”- Easy
Sarah Lee Guthrie & Family– “Go Waggaloo”- Go Waggaloo
Johnny Cash– “Ah Bos Ce Dah”- The Johnny Cash Children’s Album
Heidi Swedberg and the Sukey Jump Band– “Pop Goes the Weasel”- Play!
WHERE’S THE PLAYER????
Well… the short answer is that there isn’t one, because we are no longer going to be posting audio files at the Ages 3 and Up! blog. Never fear, though… there’s a long answer too!
Ages 3 and Up! has been broadcasting in Lexington KY for about five years now, and maintained an internet presence (this blog) for about two of those. We started our blog as a way to meet other folks in the kids’ music industry- particularly other DJ’s, and artists. We ended up meeting a lot of those folks, and some other great ones too- including bloggers, PR reps, and people involved in other forms of children’s media. We also developed listenership and a fan base outside of Lexington, which was something we were not expecting. We’ve known for some time that we would not be able to continue blogging at Ages 3 and Up! in exactly the same way we have been, for a number of reasons, and have been working on developing an alternate internet presence.
So, we proudly present Pied Piper Radio. Go take a listen!! (Site registration required) And be sure to visit our super fun new website at http://piedpiperradio.com/ too!
Lexingtonians- no worries, we are still going to be broadcasting live at WRFL FM from 8-9 EST every Saturday morning, as Ages 3 and Up!. Everyone else, you are welcome to join us on WRFL’s stream (http://wrfl.fm/) . Ages 3 and Up! has always been a community based show, and we plan to become even more of one- focusing more on local and regional fun for families.
What’s the difference?
Well.. Ages 3 and Up! is a live, local broadcast, which means it is somewhat more spontaneous and pretty much anything could happen. Sometimes that’s good- sometimes not so much. You’ll hear new music first on Ages 3 and Up!, and will hear more about things happening in Lexington KY.
Pied Piper Radio is a produced program, made for a national audience. Which means a bit more thought goes into the content, you will hear less about Lexington KY, and you’ll hear fewer technical foul-ups, etc. There will be album features, and eventually interviews and exclusive content. Pied Piper Radio will also be available to a wider audience. Not only will you be able to listen online, non-commercial radio stations interested in playing Pied Piper Radio will be able to pick it up through our distributor, http://prx.org/.
The musical selections for the two shows will be very similar.
Anyway, so that’s the big news. Thanks for reading and checking out our new project! And thanks for all the support you’ve shown Ages 3 and Up! the past couple of years. – Amberly 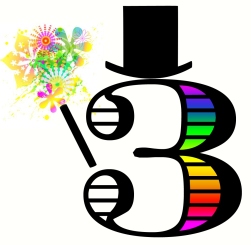